How to Teach Guitar to Kids

A guide on how to teach guitar to children from the perspective of a teacher. Also useful for parents.

Starting Out – As a general rule of thumb the earliest age to start learning guitar is 7 to 8 years old. Children younger than this may have more difficulty because some strength is required in the fingers. There are exceptions, but in general this is roughly an appropriate age to start.

Whether buying second hand or new it’s always best to try a guitar out first and make sure it is comfortable. You don’t want a neck that is too long or guitar body that is too big.

A small ½ size nylon string classical style guitar is often good to start with because the softer nylon strings are more forgiving on the fingertips. These are cost friendly and convenient as they can be picked up and played without plugging in. 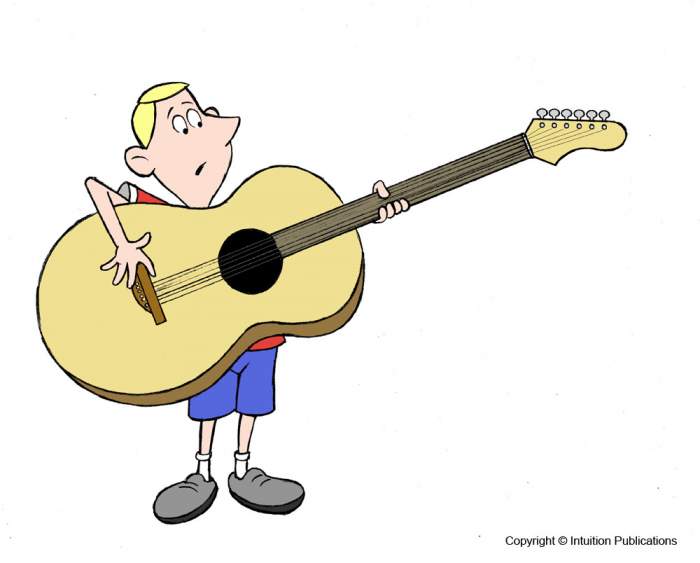 A small ½ size nylon string classical style guitar is often good to start with because the softer nylon strings are more forgiving on the fingertips. These are cost friendly and convenient as they can be picked up and played without plugging in.

Alternatively if Rock music is what you want then you might want to consider an Electric guitar. Although it has steel strings its neck is a little thinner than the classical style acoustic making it easier to get smaller hands around the fretboard. Compared to a steel string acoustic an electric guitar is more forgiving on the fingers because its strings are set closer to the frets, in other words it has a lower action. Also, its steel strings are thinner than those of a typical steel strung acoustic guitar. There are small-scale electric guitars available. 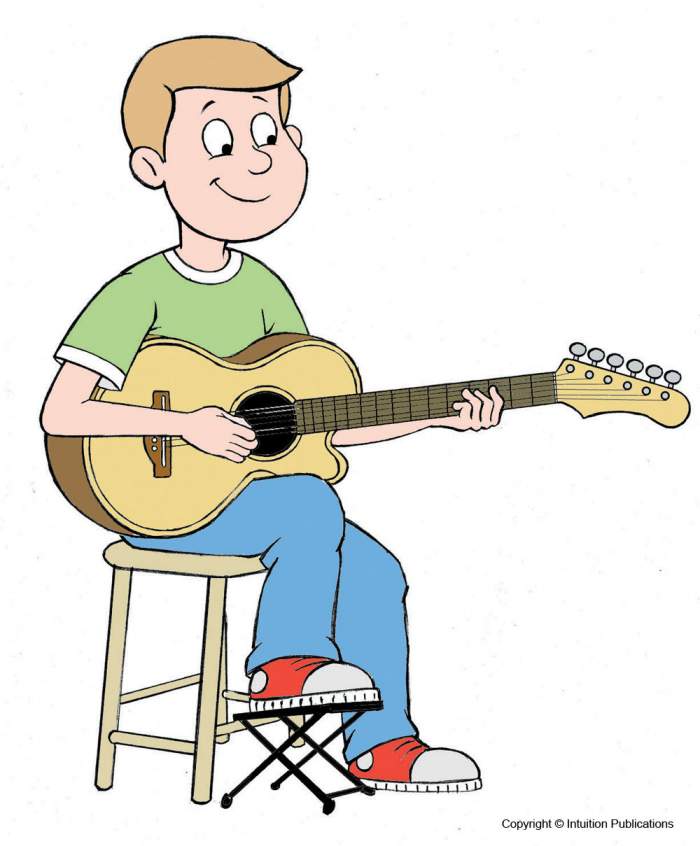 Sitting Comfortably – It is important to be able to sit and hold the guitar comfortably. Children being shorter, means that if a chair is too high their feet don’t touch the ground, which may be uncomfortable and the guitar may slip off their lap. If this is the case then something propped up under their feet is a must, for this you can use a step (the kind designed to reach up to higher cupboards), or a classical guitar footstool. If it’s a folding step don’t let the child handle, fold or unfold it.

Expectations – Standards and how to achieve them can differ from one person to the next. A professional musician, an adult beginner and a child beginner will all have differences. Children don’t have to play perfectly; you need to be able to judge what can be called steady progress. This is particularly true for children with special needs. In the parent’s view the benefits may also be for the child’s cognitive development. Thankfully many children’s guitar books (such as my own) are paced slowly.

Children have a lower concentration span than adults so they need variety to maintain their interest. If studying from a book, you don’t need the pupil to become totally proficient at one thing before carrying on to the next, as they may start to lose interest. This isn’t to say neglect what you were doing, but move onto other things which are of a similar skill level too, in order to maintain their interest and they have a selection of material. After all, many adults who learn take this approach so why should it be different for kids?

Backing music is important. A child may only be able to play simple things, but the same things can sound much better when there are some chords strummed or a backing track behind them.

Allow some Choices – As a teacher, towards the end of a lesson, once you have covered the necessary songs, exercises or techniques for whatever stage they are at, it can be a good idea to let the child choose what to do next from the curriculum. This can work as a reward and can be used as a focus-improving incentive i.e. “If we get through this I’ll let you choose what we do next”. They will often, risk aversely, choose something that is not too far off the skill range of what they are currently studying. This can also be a gauge of the child’s outlook. They may choose something they have already mastered, simply because they find it fun to play, or they might choose a work in progress because they find it fun and are prepared for the challenge.

Similarly if there are two topics that you want to go through (e.g. one is simple chords another is a melody) but it doesn’t matter which order, then you can let the child choose. In all of the above you will cover the same, if not similar, things that you would have taught in the lesson anyway but with them making more choices.

Sight Reading – When I started playing guitar as a child we used tablature and chords and got to play some fun tunes. Sight-reading came later. Sight-reading is valid, very useful and has its place. I am able to sight-read myself, but making it the first thing you teach to a child is a bit like teaching them to read and write before they can speak. Guitar tablature makes it easier to get to play music at this early stage where most children want to make sound, after all most adult beginner guitar books use tablature so why should it should be different for kids? Having said that, it is important to teach at least the rhythmical aspect of sight-reading, as guitar tab doesn’t indicate this. On the other hand if the classical sight-reading approach is desired then sight-reading in its totality should be studied. I realize there are differing opinions on this but either way a teacher should be able to teach sight-reading. 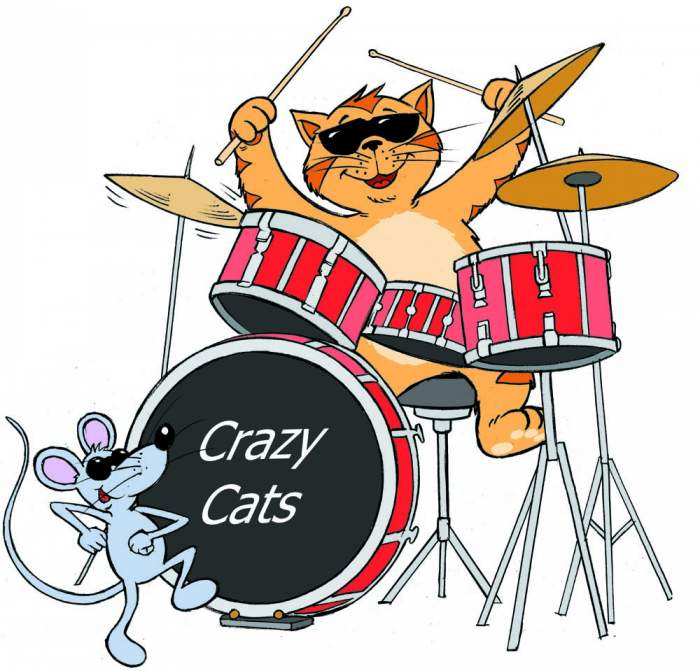 You don’t always have to Play Guitar – Playing guitar can demand concentration and involve intricate movements for the fingers as well as demand some strength from them. This can test a child. If they look like they are struggling, or their hand is getting tired, you can let them recover by incorporating things that can be done without the guitar. Below are three ideas…

1) Clapping or slapping the guitar body to rhythms, which can help with learning different note values and rests.

2) Play through a song yourself while they read it, stop at any point in the song and see if they can point to whereabouts in the song you were. This is good to show they can understand how to read through a piece.

3a) Ear tests are usually enjoyed. Play various major and minor chords and see if they can recognize the type by ear (major or minor?). If they do well at this I will sometimes throw in a major 7th chord or minor 7th chord and often they will be able to distinguish between “major” or “minor” types for these chords also.

3b) Another ear test you could do is to see if they can recognize the different strings by ear. Turn around so they can’t see which string you are playing and start with either the top three or the bottom three strings. First of all play each string for them to familiarize themselves to the sound of each, then start testing them. If they do well then test them on all six strings.

Children tend to have good hearing. I have occasionally found myself surprised at how one can recognize all open 6 strings of the guitar when I play them randomly one at a time. Children have many more synapses in their brain before it learns what parts it needs and doesn’t. The brain is at that time still retaining a relatively strong capacity to recognize different pitches.

The above quote talks of 2 to 3 year olds who are too young to learn guitar but children 8 years plus will still have retained more synapses than the average adult. People from parts of the world where different pitches play more of a role in language such as Asia tend to be better at pitch recognition.

Behaviour – Although I find this rare, let’s say a child starts messing around, for instance randomly strumming on their guitar and making lots of noise while you are trying to speak. If you tell them to “please stop it”, the chances are that either they won’t, or they will stop briefly then continue shortly after. What often works is to ignore them, when they realize they have lost your attention they will usually stop. Similarly, if you want them to play a piece but you can’t get them to concentrate and make a start, you could humorously say: “Right I’m starting without you!” (usually a John Cleese Faulty Towers accent works best) then get on with it and most of the time they start following. Encouragement can include some humour; before playing a piece you sometimes might say: “Right, we’re professionals now.”
Get Parents Involved – At the end of the lesson get the child to perform something to their parent / guardian that was studied in the lesson. Sometimes the child will be a little shy so the teacher can play along too if need be.

When it comes to practise, you need to tell the parents / guardian as it is often they who get the child to practise. Tell them you are pleased they have practised and are progressing or if they should do more. For a child 20 – 30 minutes concentrated practice every other day, or most days of the week at most. Anything more is a plus. 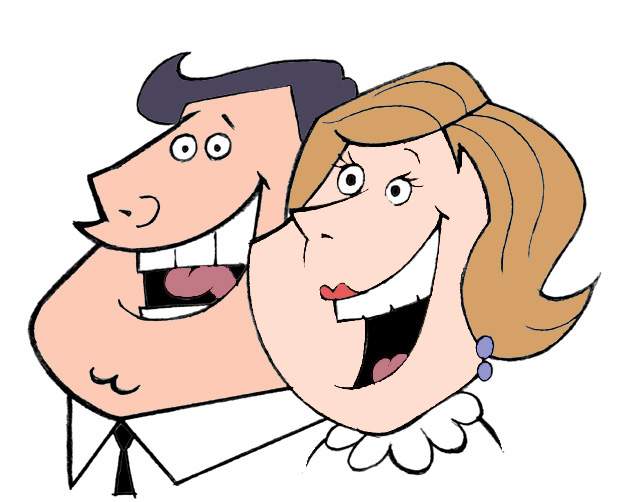 When it comes to practise, you need to tell the parents / guardian as it is often they who get the child to practise. Tell them you are pleased they have practised and are progressing or if they should do more. For a child 20 – 30 minutes concentrated practise every other day, or most days of the week at most. Anything more is a plus.