From the guitar note chart we can see that the note of Ab can be found on the 4th fret of the 6th string. Referring back to the E major open chord diagram, notice that below it is our new Ab major chord. An arrow is used between the two chord’s Root notes in order to point out how the Root note has been moved up. The “4th” to the right of the Ab diagram indicates the fret. The curved line on the actual Ab fret-board diagram represents a 1st finger barre, which takes the role of the notes that were previously on  open strings for the E major open chord. This works for any chord type. Another example is shown to the right starting with a G minor 6 chord (Gm6) which shape is moved up to make a C minor 6 chord (Cm6). 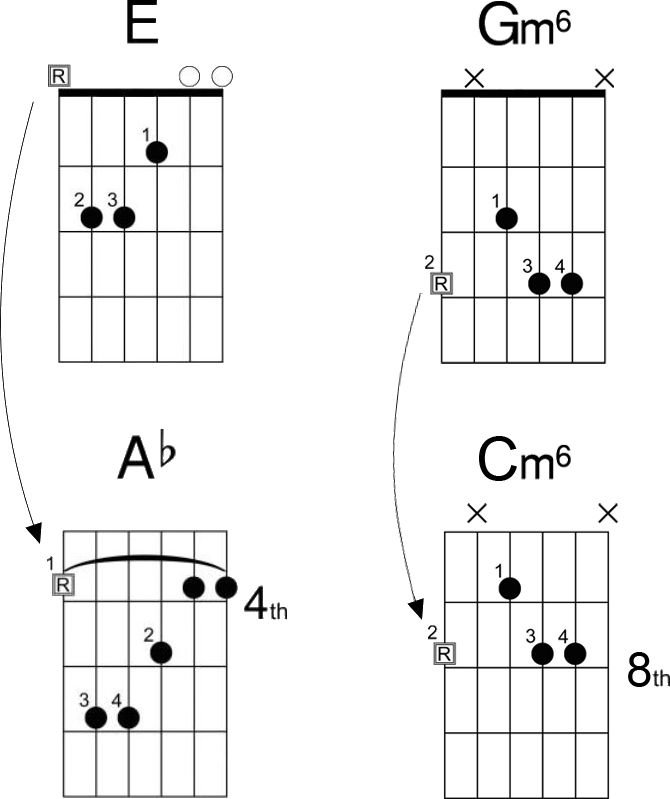 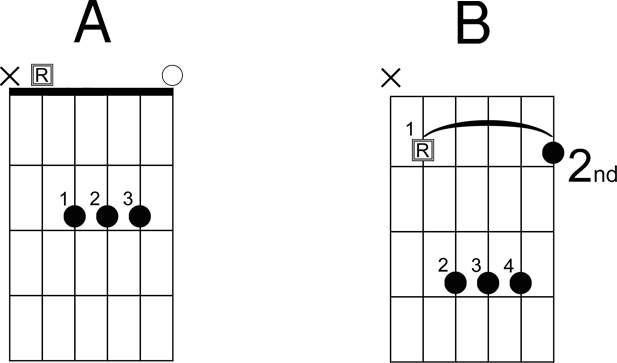